Illustration: Lace Up Those Shoes 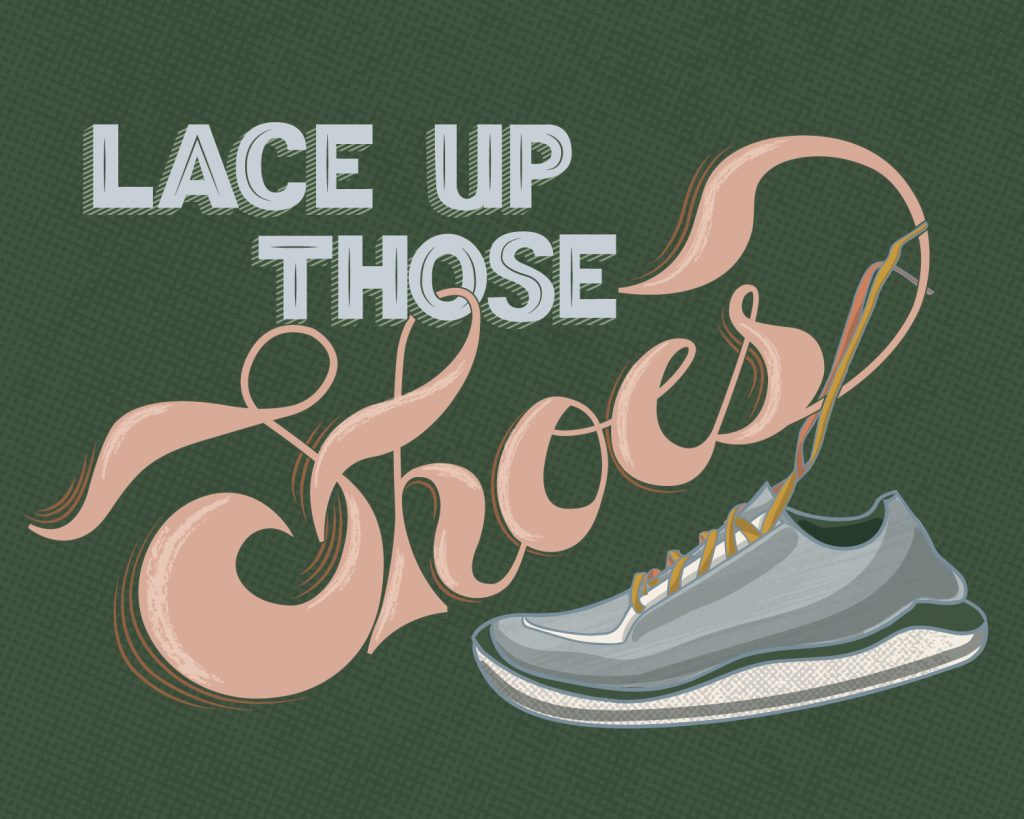 Illustration: Lace Up Those Shoes

Working for yourself and artistry often bring many challenges. Some I expect and others surprise me. Right now I am struggling with something that never plagued me so much before. That is Discipline. Maybe its summer, maybe its the less than rigorous schedule, maybe its fear, maybe its something entirely different. I’ve been struggling to sit down and do the work. To create and do the business side of things. For me it’s strange not feeling like doing the creating and it has me anxious.

Discipline is a virtue I’ve developed (or rather others have developed in me) and I’m grateful for the ability to create a discipline.

So I remembered the advice I used to give the athletes I coached – when you don’t feel like working out or going for a run. When you find the discipline of running everyday difficult, then start small. Put on your clothes and at the very least, lace up those shoes.

Just that act will get your momentum moving forward.

Its simple but it works.

The thing is discipline is hard. But breaking it down into a small habit makes it so much easier.

Then the next step is easier, and as you take those incremental steps you suddenly find yourself running. And after creating this discipline, these things become easier because they become habit.

So these summer days I’m trying to remind myself to lace up the shoes or rather pull out the sketchbook and make a mark.

PrevPreviousHand Lettered Sketchbook/Journal
NextCelestial Galaxy CollectionNext
We use cookies on our website to give you the most relevant experience by remembering your preferences and repeat visits. By clicking “Accept All”, you consent to the use of ALL the cookies. However, you may visit "Cookie Settings" to provide a controlled consent.
Cookie SettingsAccept All
Manage consent

This website uses cookies to improve your experience while you navigate through the website. Out of these, the cookies that are categorized as necessary are stored on your browser as they are essential for the working of basic functionalities of the website. We also use third-party cookies that help us analyze and understand how you use this website. These cookies will be stored in your browser only with your consent. You also have the option to opt-out of these cookies. But opting out of some of these cookies may affect your browsing experience.
Necessary Always Enabled
Necessary cookies are absolutely essential for the website to function properly. These cookies ensure basic functionalities and security features of the website, anonymously.
Functional
Functional cookies help to perform certain functionalities like sharing the content of the website on social media platforms, collect feedbacks, and other third-party features.
Performance
Performance cookies are used to understand and analyze the key performance indexes of the website which helps in delivering a better user experience for the visitors.
Analytics
Analytical cookies are used to understand how visitors interact with the website. These cookies help provide information on metrics the number of visitors, bounce rate, traffic source, etc.
Advertisement
Advertisement cookies are used to provide visitors with relevant ads and marketing campaigns. These cookies track visitors across websites and collect information to provide customized ads.
Others
Other uncategorized cookies are those that are being analyzed and have not been classified into a category as yet.
SAVE & ACCEPT